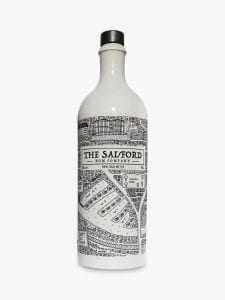 Rum is the new gin as sales rise disproportionately high. Bill Lumley suggests Innkeepers and bar managers within guest houses and hotels should pay heed to this trend to cash in on the sprit’s swell in popularity

As the managers of many successful inns and guest houses across the UK will testify, their active pursuit of the growing popularity of gin has paid off when they have embraced the spirit, increased its presence behind the bar and complemented it with premium mixers.

As Carlos the general manager of the Hand & Flower inn in West Kensington says in an interview on page 22 of this issue, supplementing the existing range of gins at his inn with additional premium brands has proved to have been a sensible reaction to the growth in popularity in the drink, and has gone extremely down well with the punters, in the process upping the bar’s turnover.

Yet while gin has been the key story in spirits for the past couple of years, the Wine & Spirit Trade Association (WSTA) published news last month that rum sales figures were starting to head in the same direction.

It reports that rum sales passed the £1bn mark last year from the sale of around 35m bottles, accounting for almost 10% of all spirit sales.

White rum brands such as Bacardi remain the most popular rum, but UK sales of flavoured and spiced rums are growing fast, with almost 10 million bottles sold in the last 12 months – just over half a million bottles fewer than white rum.

Both the white rum and flavoured & spiced rum categories were worth £137 million over 2018. And WSTA predicts that by the end of this year, flavoured and spiced rums will knock white rum off top-spot as the most popular type of rum.

Sales of golden and dark rum in pubs, bars and restaurants were also up, with golden rum the most popular choice for drinkers – sales of golden rum were worth £374 million, an increase of 7% on last year.

The latest increase in sales attests to the growing appetite in the UK for rum and the increasing number of brands on the market. In 2006, there were around 50 rum brands on the UK market, but now that number is approaching 200, underlining that UK drinkers’ desire to experiment new and different brands is not confined only to experimenting with gin.

Miles Beale, Chief Executive of the Wine and Spirit Trade Association said: “It’s been another great year for rum sales in the UK. British drinkers have more choice than ever before when it comes to rum. Craft spirits are ‘of the moment’, and an increasing number of artisanal spirits producers are crafting their own interpretations of the spirit – often alongside their gin range.”

Rum suppliers are sitting to attention. Dan Buckland, Co-founder, Drum & Black Rum Co says: “Consumers are becoming more adventurous with their beverage choices, and the more exploration they do, the more knowledgeable they become. They’re seeking brands that define them as individuals, and the craft rum movement in the UK is showing more people that rum has the potential as the drink of choice.

“Until now, spiced rums have been associated with lower quality mixing spirits. However, if crafted as a premium sipping rum with an innovative flavour profile, spiced rum can become an accessible alternative for spirit drinkers with more refined tastes as well as a new, exciting luxury drink for those exploring the rum world.

“Whilst Drum & Black and a small number of British rums are actually distilled on home soil, we will see that most new brands rely on bulk imports. I am looking forward to seeing more distilleries open here in the UK. As with the gin movement, this is when we will start to see real creativity in the craft of new British brands,” he predicts.

Rum consultant Peter Holland of the Floating Rum Shack says: “Growth is down to all manner of measures. Rum is a global spirit category, and brands from around the world are looking to break into the UK market. There’s genuine diversity in Rum, and this results in a fab variety of tasting styles, background and history. You must also factor in the continued rise of internet-facilitated means of sharing information. One market might get a Rum that proves popular, other markets hear about it and clamour for more.”

He offers advice for innkeepers and bar managers: “Ensure you have a few crowd pleasers – the easily identified brands, not everyone wants a challenge after all. Make sure there are a few Spiced Rums – these are the next Gin – believe me! You heard it here first. But make sure you have an aspirational selection. A lot of Rum lists look like they were sourced from a ‘generic supermarket’ and quite frankly aren’t at all interesting.

He adds: “Oh – and forget classification by colour – nobody talks about White, Gold or Dark Rums anymore, not if they want to sound like an expert.”

The Bell Inn – An Inn Profile

The Bell Inn – An Inn Profile The Bell Inn set in the lovely historic village of Horndon on the Hill, is a 15th Century Coaching Inn run by the same family for over 75 […]

Five Factors for Consideration when Specifying Bedding While customer reviews can cover all aspects of a hotel experience, one of the most important components of a guest’s stay has always been the comfort and quality […]