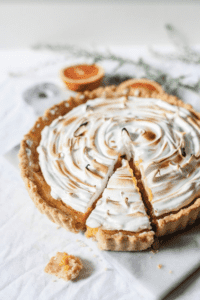 Brandjacking by OTAs is an issue. We should be able to take basic safety compliance of tourist accommodation as a given in 2019 – but with the exponential growth of peer-to-peer platforms like Airbnb, sadly even safety can’t be taken for granted any more, because the platforms’ accommodation is in practice unchecked and unregulated, leaving its guests – and the UK’s tourism reputation – at risk.

Last year, the All-Party Parliamentary Group (APPG) on Tourism issued a report on the so-called “Sharing Economy” which highlighted the scale of the public safety risk in UK tourist accommodation, and made recommendations to Government to tackle it and level the playing-field of regulation and enforcement between B&Bs and accommodation on the new platforms.

The APPG’s key recommendation was that the Government consult on the creation of a low-cost registration scheme for tourism accommodation. That would create a national database which would allow regulators to do their job in protecting tourists from harm (and in the process level the playing-field between business models).

In April the Mayor of London, London Councils (the local government association) and Camden, Islington, Hackney, Tower Hamlets, Westminster, and Kensington & Chelsea, all co-signed a letter to Secretary of State for Housing, Communities & Local Government saying “the law is near-impossible for councils to enforce” and that the “time has come for a light-touch registration system”. That letter was co-signed by Airbnb.

The signatories say the system must be simple to use, low or no cost to the host, and function as one single database that is accessible online and hosted by one organisation.

Karen Buck, MP for Westminster North, has just set up an APPG for the Short-Lets Sector. She said “I strongly welcome the Mayor’s initiative… The law is open to abuse, leaving councils unable to enforce effectively. Knowing who is actually letting out their properties helps get the balance right.”

Hadi Moussa of Airbnb said: “A clear and simple registration system… will help authorities get the information they need to regulate our industry effectively”.

We agree. We and our colleagues at UKHospitality and the Tourism Alliance stand ready to play our part in helping the Government find the best way of implementing last year’s APPG recommendations.

All tourists deserve safe & legal accommodation. We look forward to sitting down with the Minister, Airbnb and others to ensure they always get it.

In many areas of business, there is a growing tension between “real” businesses – those who take risks, own premises and employ people – and giant online platforms, who are mere intermediaries but often now grab a lion’s share of the economic rewards.

That’s certainly the case in accommodation: that is, bookings for hotels, guesthouses and B&Bs.  Our marketplace is dominated by “online travel agents” (OTAs) like Booking.com and Expedia. Those two US giants alone are now worth more than the top global hotel groups Marriott, Hilton, Accor and IHG combined.

The OTAs don’t own the accommodation, employ the staff, welcome the guests, or take any risk if rooms are unsold – yet their power has grown to the point where they dominate our industry, and have driven up the prices you pay by billions.

How? Partly by marketing techniques (fake “discounts”, pressure selling and the like) condemned by the competition watchdog (CMA) as so “misleading” that they are banned from next September; partly by “Rate Parity” clauses which let the OTAs prevent hotels and B&Bs from discounting to our own direct customers on our own websites (we are forced by the OTAs to charge you the price inclusive of their 15-25% commission, even when you book direct on our websites); and partly by the OTAs’ domination of online searches.

The OTAs now spend $10.7 billion [sic] a year on advertising – mainly to “bid” on hotels’ and B&Bs’ own names so that they (the OTAs) come top of every web search.  When you think you are clicking on a hotel or B&B name at the top of your search results, it is actually typically an OTA’s link in the hotel’s own name. Some £1 in every £5 of what you pay then goes to the online platform, not to the property you have chosen.

This is because (as with those restrictive “Price Parity” clauses), the OTAs bundle their right to “bid” on a hotel’s name with search engines in all their other Terms & Conditions. It’s a non-negotiable part of the small print we have to sign up to before we can sell through them at all. Some call it “Brandjacking”.

B&B owner Frank McCready is typical in saying: “As a small B&B I cannot compete with the billions that OTAs spend on web searches and am deprived of direct clients by this practice and forced to pay high commissions (15% to 25%) which ultimately of necessity are passed to consumers. The clause hidden in small print allowing OTAs to use our names negates our own websites and internet presence, and it cannot be fair to use someone’s own name to divert customers. Such bidding should be by express mutual agreement only.“

Frank has launched a Government Petition online to “Make ‘brandjacking’ by OTAs of a B&B or hotels name on search engines illegal”. Despite being a somewhat technical issue and (so far) little understood, the Petition attracted 2,000 signatures in its first 14 days alone. Do sign it now!

I hope consumers will realise that “Brandjacking by OTas” is one of the reasons that they are over-paying for their accommodation, and will also sign Frank’s Petition. That will strengthen our own calls on the CMA (dating back to July 2017) to ban both Price Parity clauses and Brandjacking, in the interests of consumers and small businesses.

Let’s have fair competition in a free market, with the rewards shared fairly.

Are Awards Rewarding?   Spread the word about your achievements, says our expert industry awards judge panel Tina Boden, who explains how important it is to let the right channels know about any awards you […]

Amenitiz, the startup that helps hotel and holiday rental owners to create and manage their digital presence, closed its first round of financing. Lead by Otium Capital, the 620.000€ seed round also includes several business angels from the travel industry such as Sebastien Venturini (CEO of Weekendesk), Antoine Giraud (COO Groupcorner) and Guillaume Rostand (CMO Liligo). […]

A trend for domestic outdoor living has given rise to a healthy and fast-growing market for outdoor dining at hospitality venues. Bill Lumley Reports. After carrying on well into March this year, winter now seems finally […]