Threats of regulations to limit the power of vacuum cleaners of recent years have caused some manufacturers to fight back. But have technology and product development overridden such restrictions?

As we go to press the UK is due to leave the European Union in less than three weeks. With three years of claims, counter-claims and contradictions in a cess-pit of flexible political principle and ruthless back-stabbing, it is no surprise many people are fed up and simply want the process brought to a conclusion.

Even now it is unclear whether – or to what extent – the UK will be released from a duty to comply with myriad EU regulations.

The confusion brought about by polarised arguments regarding membership of the European Union has buried matters such as whether any action will be taken against any future regulations regarding vacuum cleaner power.

Last year Dyson won its appeal to the European General Court in its long-running dispute over the EU vacuum cleaners energy label. The brand has been a long-standing critic of the energy label regulations, which were introduced in 2014 with the aim of cutting energy use across Europe, with opponents maintaining that they don’t test in a way that reflects real-life use. EU energy use tests are conducted with the dust-bag or container empty, but Dyson argued that, as many vacuums lose suction when they fill with dust, this was not accurate.

The European Commission (EC) said there wasn’t a reliable and reproducible test using partially loaded vacuums that could be used instead. After a lengthy court battle, in which Dyson appealed an initial judgement in the EC’s favour in 2015, the General Court has now ruled in favour of Dyson, and taken the extraordinary step of annulling the vacuum cleaners energy label.

The Consumers Association has raised concerns that the label rating system is flawed and presents a confusing picture for consumers. A Which? spokesman says: “Our own independent lab tests have found results that don’t tally with the label on the vacuum cleaner when it comes to measures such as cleaning performance, noise and dust emissions. Manufacturers self-certify using a variety of test labs across Europe, and the margins for error mean that labels are not truly comparable, thereby making it difficult to get an accurate picture of which vacuum cleaners are the most efficient and clean well.

“There have also been some unintended consequences of the energy label. The focus on fine dust pick-up on the label ratings led to some vacuums being very difficult to push across floors, and poor at picking up larger debris, as manufacturers geared vacuums towards getting high dust pick-up ratings.”

While companies including Sebo and Dyson have been vocal about the restrictions to power, others such as VAX have shown a more relaxed view. 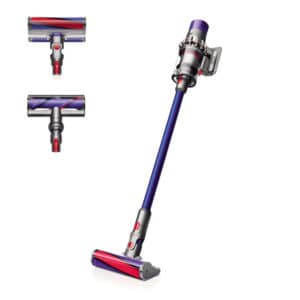 Power, it argues, does not necessarily mean higher performance. It can be assumed there is little need to start consuming more power, as good design and technology innovations have enabled power to be reduced without affecting performance.

Richard Waters, VAX New Product Development Director says the company has invested heavily in the development of its cordless vacuum cleaners in response to consumer demand for these convenient, lighter vacuums to provide the performance to match their corded counterparts.

Last year cordless vacuum cleaners outsold mains powered vacuums for the first time in the domestic market. High performance, improved design and battery technology combined with longer run-times are making cordless models a viable alternative to the mains for many.

Graham Curtis, VAX UK head of product management says, “Buying your own carpet cleaner will save you money in the long-run, especially if you invest in a model that not only cleans carpets but can be used to refresh upholstery and clean up wet spills from carpets and hard floors.

“These carpet washers are robust and perfect for B&B owners and innkeepers who may have to respond to customer spills and catering mishaps, and more dirty shoes crossing the threshold than the norm.”

They can clean and leave carpets dry in as little as an hour, he says, and a regular monthly deep clean will keep carpets looking fresh and revitalized for longer.

“Owning a carpet cleaner is like having the fourth emergency service on standby. They’re to-hand when accidents happen rather than having to book and collect a hire machine or pay and wait for a professional cleaning service to arrive. A good quality domestic machine will pay for itself within a four to six uses,” he says.

Cordless vacuum users report they enjoy the convenience of having their vacuum to hand quickly and like their ease of use, according to Waters. “It’s quick to move between rooms without being tethered to the socket and there’s no cord to become entangled. Users often report vacuuming more often due to their convenience of use and therefore, a cleaner home.

“Longer run times of 45 minutes and a wide range of tools to use make floor and above floor cleaning convenient from the same vacuum cleaner. Especially where they are 2-in-1 models transforming from a pole stick or upright into a handheld model too.

“Faster charge times mean that you’re not waiting overnight for a fresh charge to complete your clean.”

B&B owners might find a cordless most useful in the dining and entrance areas where first impressions are made. They are usually slimline and easy to tuck away in an under-stair or cleaning cupboard, ready to deal with daily debris that’s made its way into your premises on feet, or food crumbs dropped by preparing for and during breakfast service. Being cordless and lightweight, they’re also easy to transport between floors safely, he says.

Curtis adds: “B&Bs Inns will most likely have a mix of floor surfaces and so it’s a good idea to invest in a cleaner that can deal with both carpet and hard floors, upholstery and a good selection of hand tools to deal with any soiled furnishings.”

All too often people don’t think about maintaining their vacuum cleaner and simply aim to gain the best out of them, and it is advisable at the very least that you clean the brush-bar and wash the filters regularly in accordance with the model’s instructions. These contribute to the overall performance of your vacuum, he adds.

Readers will all have their own stories to tell of strange guest experiences. We ask boutique hotels, B&Bs, guest houses and inns for their strangest guest requests. We were once asked for a roll of […]

Choosing The Right Toiletries For Your Business

How to choose the right toiletries for your luxury bed and breakfast By Holly Alderson, Out of Eden   Believe it or not, toiletries have a huge part to play when it comes to your […]

Should you invest in a Jacuzzi for your B&B?

October 24, 2019 Oliver Mizen free access Comments Off on Should you invest in a Jacuzzi for your B&B?

Should you invest in a Jacuzzi for your B&B? Georgina Newby, of Outdoor Living Hot Tubs, gives us her top reasons on why investing in a Jacuzzi/hot tub is good for business. We live in […]