SIGNUP for our eNewsletter

Introduced in the UK in 2013, this month-long burst of abstinence, Dry January has captured the imagination of the British public and introduced a quiet season to the first few weeks of the year.

This year the slowdown in alcohol sales was all the more marked following strong performance in December, when pub, bar and restaurant groups saw collective like-for-like sales. These sales grew by 2.5% over the six weeks of the festive season – compared with the same period in 2018, according to industry benchmark Coffer Peach Business Tracker.

The good news, however, is that sales of no and low alcohol drinks are rising too, driven by increasing numbers of consumers moderating their intake, according to research from food and drink market analyst CGA.

The new report, entitled Understanding moderation in the on-trade, shows that one in three (32%) adults have now tried a no or low alcohol beer, wine or spirit in the last six months, which equates to some 15.5m consumers.

CGA’s data shows that sales in the no and low alcohol category have increased by 48% in the last 12 months to more than £60m a year. Growth for completely alcohol-free options meanwhile has been even higher at nearly 80%, with alcohol-free ‘mocktails’ or ‘virgin cocktails’ a particularly thriving segment.

Furthermore, while a flood of new no and low alcohol beers, wines, spirits and cocktails have arrived on the market in recent months, the CGA report suggests there is still significant headroom for growth. More than 4m people signed up to the Dry January campaign last year, and that number is believed to have risen last month.

A study by non-alcoholic gin brand Ceders meanwhile has found that 46% of Brits believe we are drinking less than ever, and three in 10 think there is less social pressure to indulge than there has been in the past.

“These findings show that more of us than ever are choosing to drink mindfully and celebrate with family and friends without drinking alcohol.” 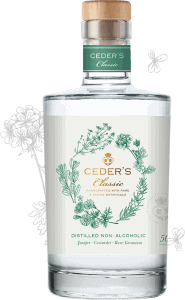 Not so long ago there were just one or two standard alcohol-free beers available in many bars and little else in the way of an alcohol-free alternative for drinkers of other types of beverage. Now, enabling those who enjoy the social scene to carry on enjoying themselves while remaining dry as well as helping to keep bars’ coffers flowing is the emerging availability of a host of new high quality low and no alcohol drinks.

The brewer claims its cidermakers have developed their own unique process to create Thatchers Zero.

“We’ve taken a lot of time and care in the production of Zero,” said Martin Thatcher, managing director and fourth-generation cidermaker.

He said the no-alcohol cider meets “growing consumer expectation for moderation”. He added:

“It offers the premium experience people are looking for when choosing an alcohol-free alternative.”

There is a clear an opportunity within apple cider for an alcohol-free, premium cider, according to head of brands Yvonne Flannery, who added: “Gone are the days when drinkers will compromise on quality.  So as the apple cider brand of choice for consumers, we’ve created a premium cider that fits really well into our portfolio.”

Recognising the growing taste for alcohol-free drinks, Suffolk brewery St Peter’s has relaunched its 0.0% Without beer brand with a new recipe. 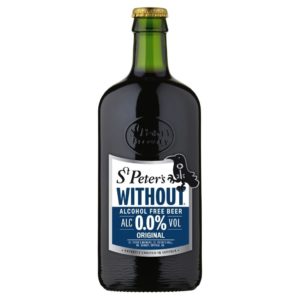 Originally launched four years ago, the brewery has recognised changing consumer motivations and tastes and has refreshed the recipe to appeal to a new range of potential customers.

“When we first launched Without, it was one of very few zero alcohol craft beer products available in the mainstream and it has been incredibly popular, but we want the brand to continue to reach across all age groups and motivations.

“A lot has changed in four years. No and low is appealing to more and more younger consumers and tastes are changing. We’ve seen a growing trend towards full-bodied IPAs for example and trade and consumers have been telling us they wanted a refreshing zero alcohol beer that has hoppier flavours. We’ve been experimenting with our liquid and feel we’ve achieved something that will not only appeal to our current consumers, but also attract the new and discerning no and low alcohol purchasers.”

St Peter’s Brewery has made changes to the profiles of its range which includes Without Gold, Without Original and Without Elderberry & Raspberry. Although the taste will remain largely the same, the brewing team have worked with new hop profiles to provide more hop forward aromas and subtly improved taste characteristics.

“However, we have been careful not to stray too far from the current profile so as not to alienate our current loyal consumers.

“We have benchmarked the new liquids against many others on the market through consumer panel blind tastings and the results have been very positive indeed,” he added.

Drinkaware Chief Executive Elaine Hindal said: “Midlife drinkers often get bad press when it comes to their drinking habits, but this new research tells us that a growing number of men and women in this age group are willing to embrace alternatives.

“People in their 40s, 50s and 60s are most at risk of alcohol-related health harms because they tend to drink more regularly and above the recommended guidelines. So it’s great to see a strong increase over the last couple of years in people within this age group who feel positively about lower or no alcohol drinks.

“As huge numbers of people start January aiming to cut down on their drinking, low and alcohol-free drinks can be a powerful tool in helping them on that journey.”

“Smart operators will already be acting on these research findings by offering a good selection of no and low alcohol drinks in their pubs, clubs and bars. With the wide range of high-quality drinks including beers, ciders, wines and spirit alternatives now available in this sector, it’s never been easier to put together an appealing selection for customers.

“An interesting no and low alcohol offer means that people who choose to give up drink in January don’t also have to give up going to the pub. By welcoming these customers, operators can keep their venues a little busier during what has traditionally been a very quiet month.”

Almost two thirds (66%) of drinkers aged 45 to 64 feel positively about lower strength alcoholic drinks, saying they either currently drink, have done, or would consider drinking lower strength drinks. This is compared with 51% in 2017.

Half of (51%) drinkers aged 45 to 64 feel positively about non-alcoholic beer, wine or spirit substitutes, saying they either currently drink, have done, or would consider drinking non-alcoholic drinks. This is compared with 48% in 2018. 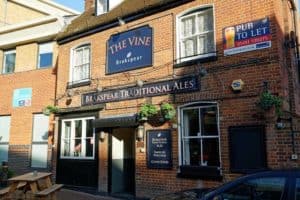 Pub operator and brewer Brakspear started the year with two no- and low- alcohol drinks designed to help make abstainers feel as welcome as regular drinkers.

With a strong local feel, Henley Ale Trail has been adopted for non-drinkers, with a new version encouraging them to buy a low or no alcohol or soft drink in 10 pubs in the Oxfordshire town and collect a stamp from each.

Further afield, last month a further 20 Brakspear pubs offered a free bottle of Heineken 0.0% to anyone buying eight low or no alcohol or soft drinks.

“The message behind our campaign is that giving up alcohol doesn’t have to mean giving up pubs, and the social aspects of a trip to the local can be enjoyed just as much if you’re abstaining.”

Other venues are following suit. Brewhouse & Kitchen Instagram for example now has a dedicated menu of low and no alcohol beverages, featuring Big Drop Citra IPA, Sheppy’s low alcohol classic cider, Scavy & Ray alcohol-free sparkling wine and Seedlip Garden 108 spirit in order to cope with the demand from customers across the country.

And launched at the start of 2020, a bar concept from the boutique Bar 6 Group, Near & Far, which unveiled London’s largest non-alcoholic offering across its sites in Peckham and Camden

The selection includes hangover-free mocktails aptly named the Designated Driver and The Virgin Margy alongside a selection of non-alcoholic beers, wines, non-alcoholic spirits and sparkling wine.

“We’ve always wanted to offer a huge non-alcoholic menu to allow customers of all types to enjoy our bar spaces and we think we’ve hopefully nailed it.

From beer to wine, sparkling wine to mocktails, we’ve finally landed on a formula we are happy to share with everyone. Alongside pairing it with a dry bottomless brunch we hope to allow drinkers of all types to enjoy our quirky spaces at both ends of London.”

Scottish craft brewer BrewDog recently announced a new take on craft beer and spirits with its first bar dedicated to alcohol-free. The BrewDog AF Bar opened in January purporting to be the world’s first alcohol-free beer bar, offering 15 taps of draft alcohol-free craft beer. The central London bar was the first of the company’s global bars to feature a line-up solely devoted to drinks without alcohol.

“Drinkers opting for low or no alcohol are in danger of compromising on quality, taste and experience. And that’s just the beer – forget about places in which to enjoy it. We are going to change that. We exist to be a point of difference, and our first BrewDog AF Bar is just that. It is a beacon for anyone in London after an alcohol-free alternative. Alcohol free does not need to be synonymous with taste-free.”

Dutch brewing giant Heineken goes as far as to suggest the rise of no- and low-alcohol has paved the way for a more profitable turnover this year.

On-trade no and low alcohol sales are rising by 48% to around £60m, it claims, and an estimated 21% of consumers took part in Dry January this year, 44% of these doing so for health reasons.

Heineken said this figure is expected to be considerably higher in 2020.

“Stemming from a clear shift in consumer lifestyles, we are increasingly concerned about our health and wellbeing. 50% of consumers are now moderating their alcohol intake and 67% proactively try to lead a healthy lifestyle. Moderation is for everyone, with 37% of 18 to 34-year-olds likely to purchase a non-alcoholic beer, an equal 37% of 35 to 54-year-olds and 26% of those aged 55 and over.

“No and low alternatives are the perfect option for enticing both teetotal participants and health-conscious consumers into the on-trade and making them feel part of the occasion,” it concludes.