Sotheby’s largest online spirits sale kicks off tomorrow and will see the potential sales of over 250 lots.

Whiskies from Scotland, Japan and India will be up for auction between 26th August and 1st September 2020.

“We are thrilled to present our second spirits auction of the month and our largest online auction, with over 250 lots. The quality and variety of bottles offered in this sale are a testament both to the strength of the current whisky market and of our success in developing our online auction format throughout 2020.” – Jonny Fowle, Sotheby’s Spirits Specialist

From The Macallan’s most sought after releases, to an array of rare Italian import Scotch, including the highly acclaimed Samaroli Laphroaig 1970, and the first full set of the new Prima & Ultima Collection, Sotheby’s online Distilled sale features some of the very rarest whiskies to be offered at auction. Comprising 267 lots with a combined pre-sale estimate in excess of £850,000, the auction will open for bidding at 2pm BST on 26 August and run until 1 September.

The sale includes 94 Macallan lots, with a combined pre-sale estimate of £619,460 – 840,450, led by The Macallan Fine & Rare Collection, featuring the most iconic whiskies from The Macallan distillery. The collection includes vintages spanning 1940 to 1976, with estimates ranging from £10,000-14,000 to £35,000-48,000 per bottle. In addition, a selection of the 5cl press release samples from the original launch of the Fine & Rare Collection, which were sent out to journalists together with the press release, are estimated at £800-1,200 each. 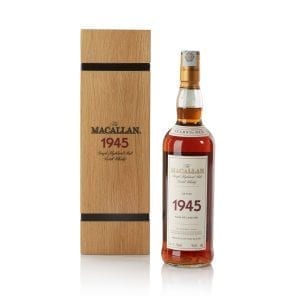 This Macallan Fine and Rare 56 Year Old is the second oldest age statement in the Fine & Rare Collection after the record-breaking 60 year old 1926. Macallan was one of the only distilleries to operate during World War II. It was forced to use local peat in their production, due to the rationing of commercial coal use. As a result, this distillate represents a very different character to modern Macallan, and with only 152 bottles of this whisky known to exist, this sale presents an exceptionally rare opportunity to acquire such a highly prized bottle. 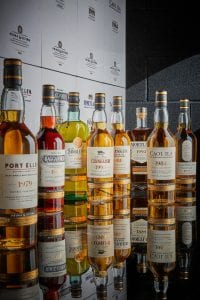 As well as the Macallan Fine & Rare set, this Distilled sale also marks a momentous occasion in the world of collectable whisky, by featuring Set #1 of the first release of The Prima & Ultima Collection, following the inaugural launch of a new series of single vintage malt whiskies that has only just been announced by distillery owner Diageo. With purchase only  through appointed agents, and with pre-order registrations looking to far outstrip the available 238 sets, Sotheby’s sale of set #1 – signed by Dr Jim Beveridge OBE, one of the world’s most respected whisky makers – is the first opportunity to acquire this collection at auction (est. £16,000-28,000). The winning bidder will also secure an exclusive whisky tasting experience with Dr Jim  Beveridge.

Each rare Single Malt Scotch Whisky in the collection is “the first and the last” of its kind, drawn from a small number of casks from celebrated distilleries including Port Ellen, Cragganmore, Mortlach, Singleton of Dufftown, Lagavulin, Caol Ila, Talisker and Clynelish. These eight bottles are the first in an on-going series of single vintage malts, with further editions of Prima & Ultima to be made available in the coming years. 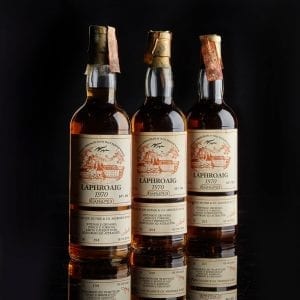 The sale is also distinguished by a number of independent bottlings, including three bottles of Laphroaig Samaroli 16 Year Old 1970 (est. £9,000-13,000). The whisky was scored 95 points by Serge Valentin, a well-known name on the whisky scene, one of the highest ratings he has ever given.

Emmanuel Dron, Sotheby’s Whisky Consultant, owner of The Auld Alliance whisky bar and author of Collecting Scotch Whisky, commented: “Silvano Samaroli’s bottles are among the most legendary ever produced and this 1970 Laphroaig is undoubtedly my number 1 whisky of all time. It is so rare to see three bottles of this whisky in a single auction”. 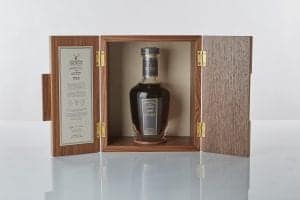 The sale marks Sotheby’s first ever collaboration with Diageo for charity, and proceeds will be donated to Diageo’s charity partner WaterAid. 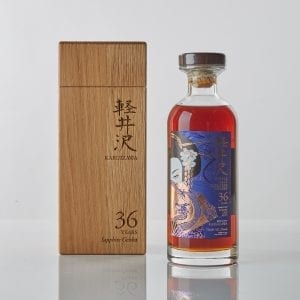 Furthermore, the sale features an exceptional selection of Japanese whiskies, not least 28 Karuizawa lots with a combined pre-sale estimate of £79,300 – 104,100, made up of Single Cask bottlings and vattings from Japan’s most popular closed distillery. Earlier this year in London, Sotheby’s set the record for the most valuable Japanese Whisky ever sold when a bottle of Karuizawa 1960 achieved £363,000.

Spirit of Scotland – combining the whisky industry with luxury hospitality

Three hotels who are experts at combining the luxury whisky industry with luxury hospitality. They’re here to help you get a foot in the door. […]

This is a pay-what-you-feel-its-worth webinar.    This is a quick reminder from Skift to join us at our Loyalty Online Summit tomorrow at 11 a.m. EDT as we discuss how customer loyalty program experts are […]